Sometimes I want to create a deck who uses Magma Rager (warlock with Void Beast and Shadowflame?) just for the extra salt of beating someone with a Magma Rager deck.

If you are starting at Hearthstone, has little to no card but still to try to win some, there is no better class than Hunter.

The basic cards are good, and the special power is the best at killing heroes. You always have a chance at winning with Hunter because you can always inflct 2 damage and pass your turn. It's crude but effective, and can get even some good decks by surprise with its sheer agression.

You can easily make a rushdown deck ignoring defense and most counters (I really suggest at least putting some Hunter Mark to kill blockers though) and just «go face» and hope you kill the enemy before he can drop his big fatties. Yes, it depends of luck but if you are starting you really don't want to drag the game and let the enemy drop his legendaries.

Now I play a bit Druid and Secret Mage on the side but Hunter is my go-to class if I just want some easy games.

Edit – Lots of people been saying Zoolock is easier to make at low levels and who I'm to disagree? I think if you are starting, pay 2 mana for 2 damage is straightfoward but I do agree the Hunter starting beasts are sub-par while Warlock have some nice cards like Valuewalker and the Imp. 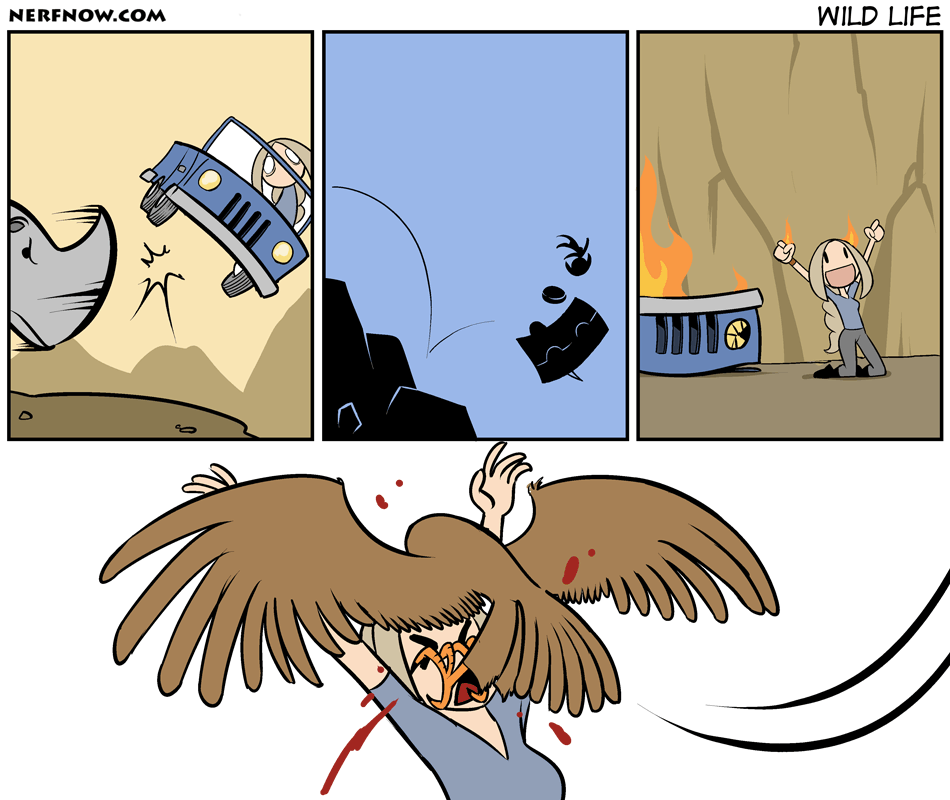 I'm sure Far Cry 4 eagles have some old school Cliff Racer genes on it.

The woe of being a «responsible» adult is having to pick classes over Dreamhack.

I want to watch Dreamhack.

Queen of Pain would be far more effective if she didn't decide to the little spin dance every time she throws her dagger.

I want to finish Isaac with every character at least once. I doubt I'll do it with characters like «???» but I want to try with all the «viable» ones.

Looks like there is a 40k strategy game out there? I need to check it because I think strategy wise, Warhammer is nice but to play it has a tabletop is both cumbersome and expensive.

I also decided to finally buy a new headset to replace my old, broken one. I tried many brands but in the end I found none I enjoyed as much as my old set so I'm just buying exactly the same one. Hope this one doesn't break thought.

I'm not saying Star Wars VII will be bad, and honestly I think they learned from the past mistakes and will make a better movie than the the previous ones.

However, I do remember people hyped about Phantom Menace and we all saw how it ended.

I even recall people being psyched about Darth Maul double saber the same way they are hyped by the new guard lightsaber.

Seven may be the best movie ever made, but trailers are hardly a gauge of a movie true potential. They may even have the son of Jar Jar in there!

Blizzard released the card list for Hearthstone and I already started planning my future deck.

Despite Mechs being the theme, I did not saw a instant Mech combo. Surely there are some game winning cards who are mechs but I didn't find a Undertaker combo yet. Of course, those things take time and ZooMech may be the next big thing, who knows.

Special mention to the good and old vanilla Haverster Golem. With his upgrade to Mech status I feel he can easily fit on many new Mech decks.

A Mill Warrior deck with his new legendary seen pretty interesting. And perhaps a Ogre deck which ignore the 50% chance to hit the wrong target by just destroying everything on the table with superior power.

To close I feel Paladin is still the weakest class. They have some interesting cards but nothing game changing. At least his legendary can trade with a Magma Rager and still have enough health to kill a wisp next turn. Thats some serious value right there.

Jane save games from the backlog hell and bring them to achievement heaven.

Centuries later, the Lightnuke was created and a uneasy truce between both sides were created to avoid the end of the universe.

See, its almost over! See ya guys monday.