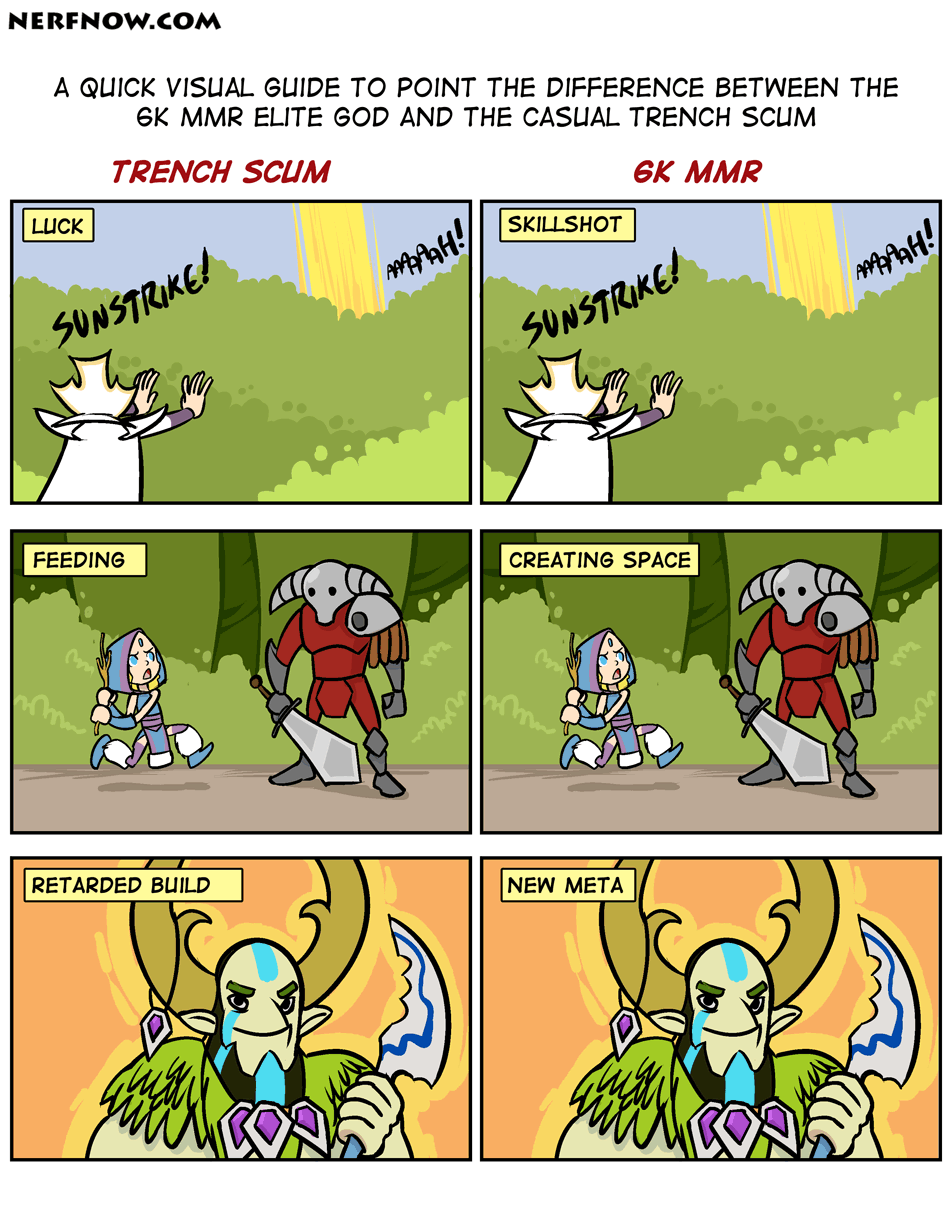 The first guide proved to be very popular so I decided to make one just for Dota 2. Hope you guys enjoy it. 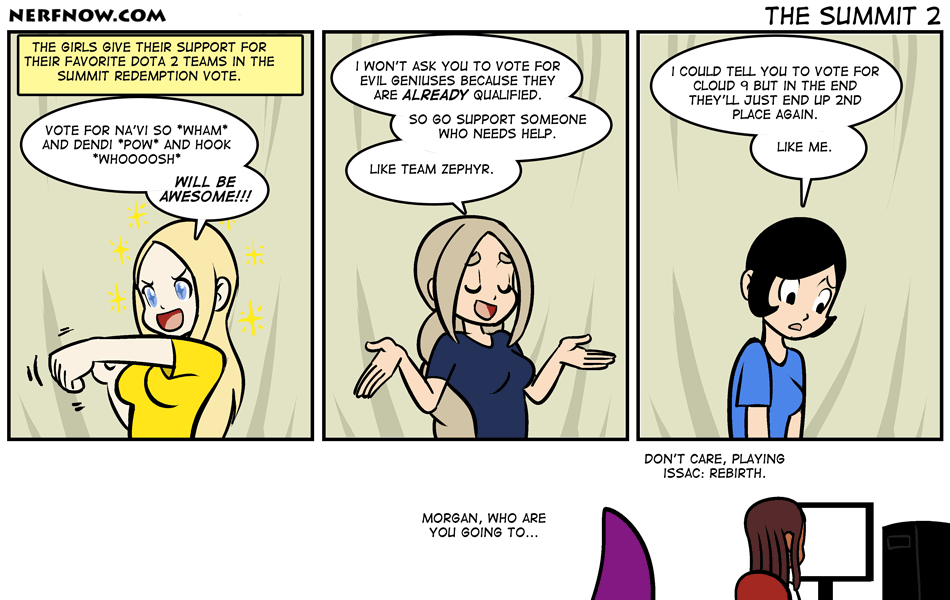 The Summit 2 finals are approaching and the last spot will be decided by popular vote of those who bought the Compedium.

Personally I have no favorites. I just make sure to cheer against whoever pick Naga Siren.

I expect Raynor to do anything for his alien waifu in the last chapter of Starcraft. I mean, he already forgot Phoenix and killed Tychus.

There is the rumor of a «Spy vs Engineer» update coming, but we are yet to see the «End of Line» update.

So now I wait for not one, but two updates. At this rate they'll start hinting TF3 and before I see a new official map.

And funnily enough, I'm also waiting for Overwatch so this counts as another «TF2» update I'm waiting.

I hate Priest decks so much. At least versus Warrior decks you have cool Garrosh taunting you. Priest decks have this wimpy boy squeaming «The liiiiight shall buuuurn you:»

You just wait choir boy, the expansion is coming…

I was thinking in making a Isaac strip when I heard about the new Dota 2 hero.. when this happens I always end up playing a lot of Dota and this means I'd either do it now, or never.

This said, I decided to do a quick run to find some inspiration and end up beating Sheol on the 1st time. I guess I'll keep playing Isaac now and them after all.

It's cool to dislike a character of course, and I don't expect everybody to like ALL the girls. But realize what for you is a terrible flaw for another person is a fun quirk which makes the character flavorful.

The new Phantom Assassin arcane set is the 1st set I really wanted to buy.

It's a mix of I don't liking Mortred default model (it's too dull with no color contrast) and having really nice effects like the «gravestone» after a kill.

This and Techies arcana are the ones I think are very nice. Arcanas come a long way since Lina one which has just new icons and a tweaked spell effect.

Can't wait to make on nice monument, but chances are I'll be forever stuck in trying to decide which one to make and never actually put one down. 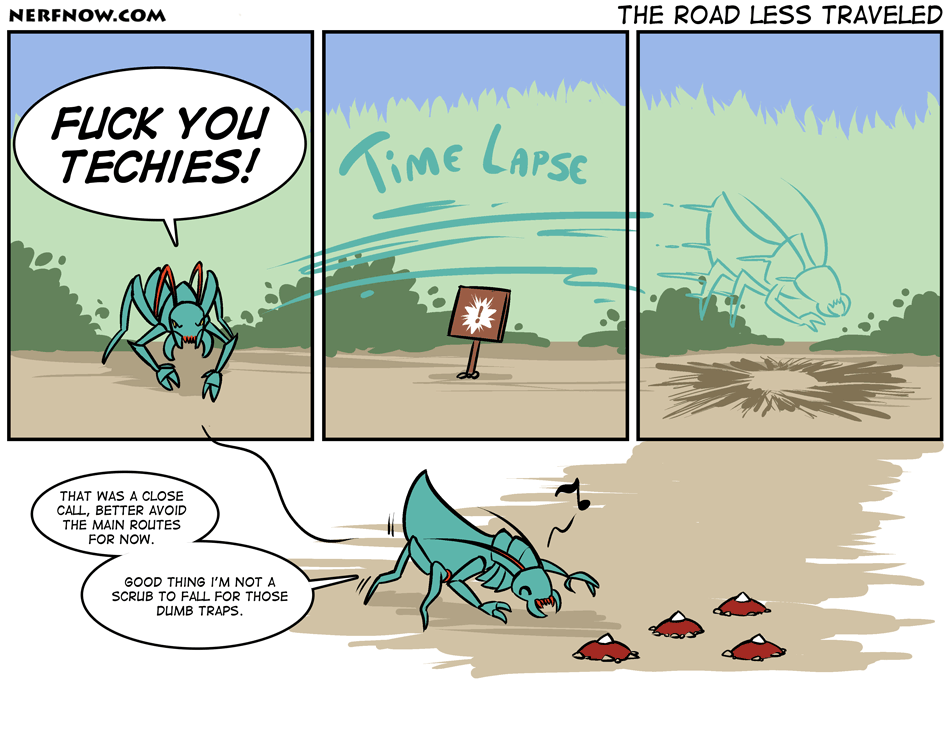 For those who don't get this (or any) joke, people always comment it on the comment section so you may as well visit it for futher explanation. It's a nice way to also interact with other Nerf NOW!! fans too.

Also, for long I decided to not moderate the comment section to avoid unecessary censorship, but the constant negativity of some posters grow old and honestly, make me want to not check the comments anymore.