Knowing a key character will truly die removes any sense of danger in a comic. No matter how big the threat is, the good guys will win with no losses on their side.

It's easy to be brave when you have such plot armor.

Techies exist to sap the fun out of Dota.

But to be honest, there are many heroes like that.

In Techies defense, he doesn't start strong and his late game isn't as scary as, say, a farmed Lycan.

Still, he is the flavor of the week and I deserve his 5 minutes of dota fame. Except interest on him falls drastically as people realize picking Techies isn't an easy I-win button despite the easy first blood. 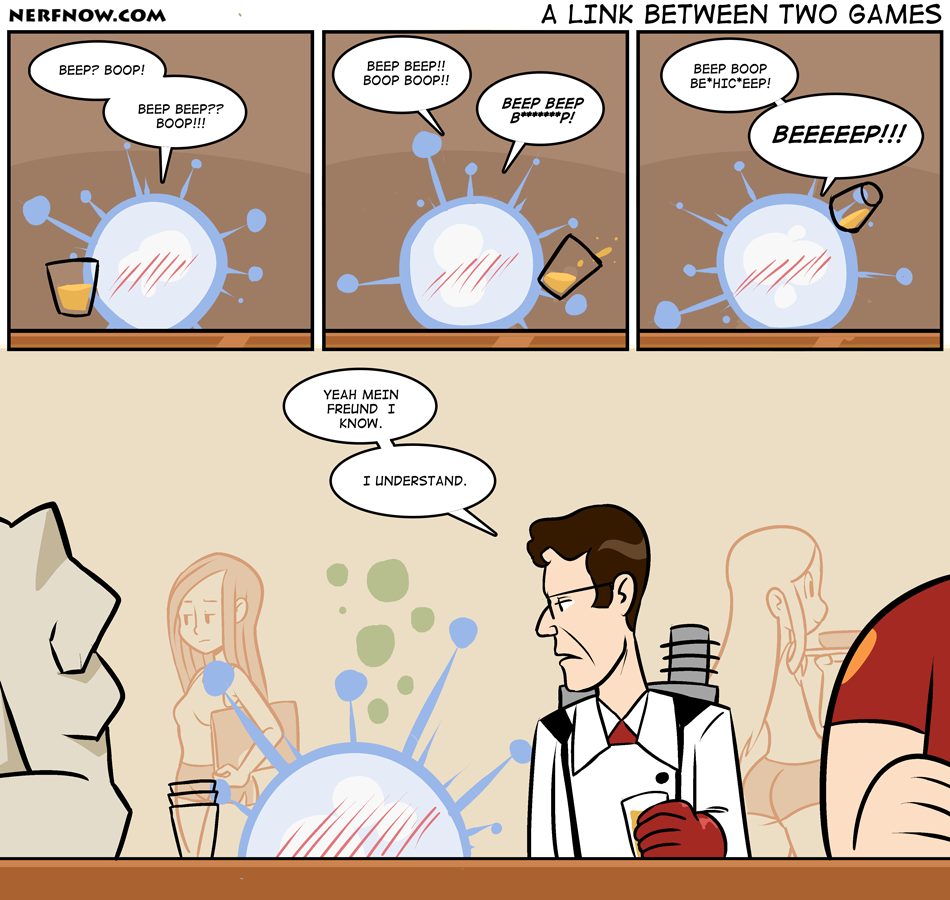 Io is just sad he can't use hats.

Anne-Marie probably earn more than me at this point.

I like the idea of Shooters MMORPGS, I think the gunplay part adds a bit of depth to a generaly kinda easy and automated genre.

Still.. no PC, no deal. Don't have a console and won't buy it just to play Destiny.

May give it a try when it's released for PC, assuming the game is still healthy when this happens.

I see a big number of barely gaming related «news» popping all the time. I'm not dumb, I know what clickbait is, but I stopped following some gaming sites because there is no gaming news, just drama.

Oh, and stop trying to blame anyone who ever touched a controller on all woes of the society, shitty gets old fast. If a serial killer at some point of his or her life held a controller, this doesn't mean he represent all people who play games.

I feel bad for Ice Climbers. With such an huge roster, being left out is kinda of a certification of irrelevance.

But one man tragedy is another man (or dog) chance to shine. Welcome to the brawl, Duck Hunt dog.

Bringer of balance, fighter or fairness, smiter of overpowered… it's MAAAAAAJOR NEEEEEERF.

If you ever wanted to hear me play TF2, here is a sample and pardon my thick accent.

It's a secret to everybody. :)