You can't win with the internet. :)

To enjoy truly enjoy Dota, I mean, to log in, play a match and have a good time, you need to learn to not care about what people say.

But no matter your bracket, everybody is a walking encyclopedia of gaming knowledge who know better than you how you should play.

So take what people say with a grain of salt. If he was that much better at you at the game he won't be matched with you.

I usually cheat the whole darkness on horror games not because of the scary factors, but because playing on almost absolute darkness is just not fun. I want to see the game, not to swim in a sea of black.

The scary factor be damned, I'm rarely scared on those games outside the obvious screamers created by something pulling on your screen.

No matter how grotesque the enemy is, when I play a game I put myself on a «gaming» mentality and I'm rarely scared. The enemies are a bunch of hit points which need to be depleted so I can go to the next zone. Getting in the mood make the game harder so I just try to NOT get into the mood and I can later brag about being a tuff guy who isn't afraid of anything. 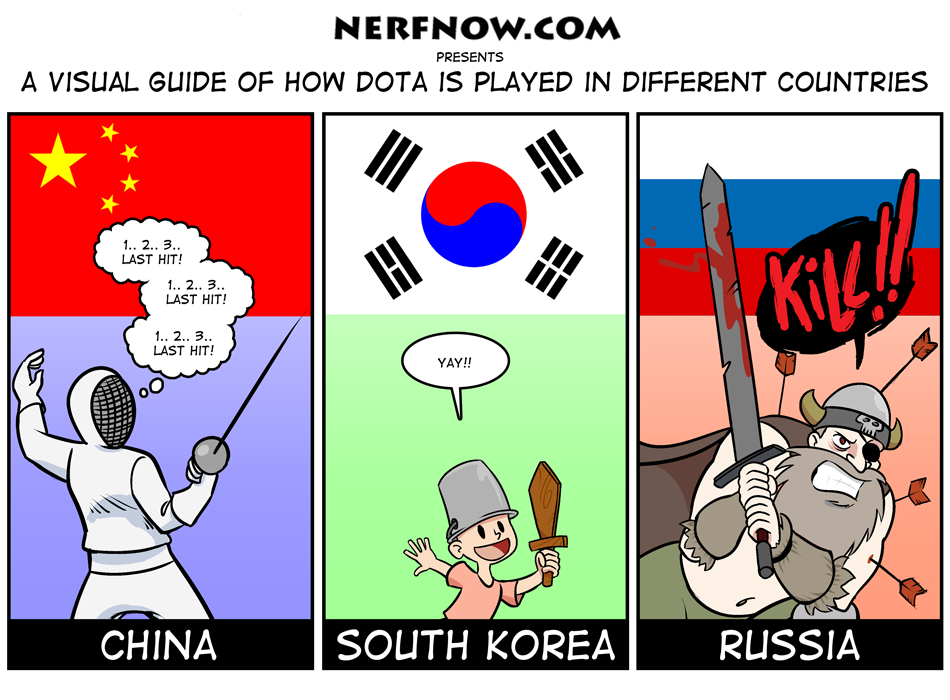 Based on the professioanl games I watched, what I learned is: Chinese Dota is very methodical, very goal oriented. Chinese dota is the one where I expect less individual «big plays» but where I rarely see big throws.

South Korea dota is still too young, unexperienced. It's kinda of cute in a way, and where you can see some unexpected things because they'll try crazy stuff the more experienced teams may avoid.

I just want to add, to not let anyone worried, while I'm kinda not 100% well, if I (or Engie) managed to update this means I'm probably well enough. No big sickness, just feeling a bit undisposed.

Engie is still working on her game. It's happening boys.

If we had upgraded courier, we would have patch by now.

Techies is coming people. Get ready.

Can't rant much, need to farm a Ring of Royal Grandeur in Diablo III.

Pudge bot is a feeder. Just add a bit of cyka on him and it would be a perfect copy of the normal pub experience.

The demons from seven hells are kind of nice guys when you got to know them better.