Techies fad went out not with a bang but with a whimper.

Two weeks later and people are back to picking Pudge mid and Mirana offlane.

We are back to our regular schedule.

I never went too far into Hearthstone but eventually I created a deck which is carrying me higher ranks.

And as you climb, the ammount of copy-and-paste decks is so big you start thinking you are fighting the same person over and over.

If you fight a Druid expect a turn 4 Swipe followed by a turn 5 Druid of the Claw (in Bear Form) and either a Ancient of War or Ancient of Lore at turn 7.

The World of Warcraft Warlords of Draenor videos are very nice. It almost make me want to play the game.

But I just don't want to invest the time needed to enjoy an MMORPG. Still, if I was on an mood for some grinding, I'd give it a try.

The whole breeding aspect of fantasy worlds is fascinating.

As always, humans can breed with pretty much anything, populating the world with half-anything.

Really monster, are we that attractive? Won't you prefer to mate with that fat ogress with a big, round belly and a nice stub under her chin?

Biology apart, I think there may be some compatibilty problems between some of the races, but if we start putting logic there that player can't min-max his half-fairy half-dragon for maximum spellcasting prowess. 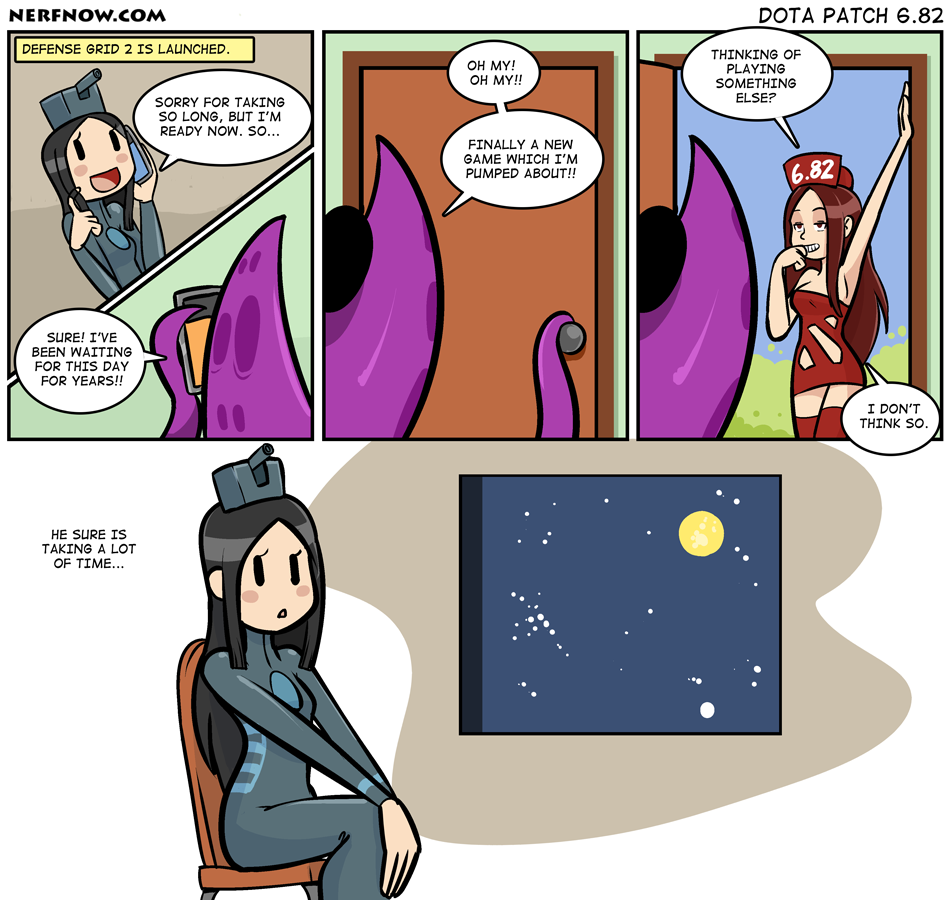 The patch is out!

Time to play it!

In my opinion, Dota now is focused on late game. They did several changes to prevent a team to snowball from start and finish the game at 15 minutes.

This means you want heroes who have impact in the late game, because the match isn't finishing too soon.

Chen, who was almost the hallmark of early game hero now has can have a strong late game presence. Better yet, if he had a good early game securing a scepter isn't far fetched.

Enchantress however… I don't think Impetus alone will be enough to make her relevant. I think right now, there is no reason to pick Enchantress outside of loving her voice lines. 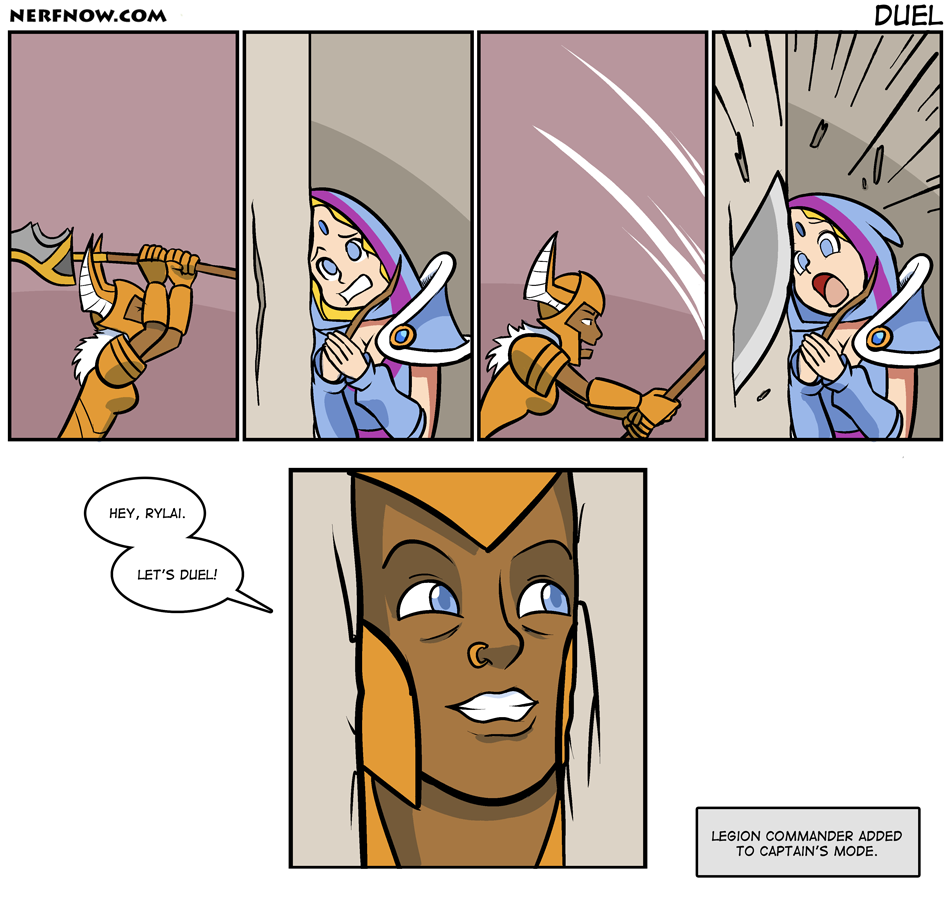 I enjoyed what people call now the «Deathball» meta.

You could be winning 22 to 3 with 6 enemy towers down and a single botched engagement at their tier 3 towers and suddenly, the enemy catch up and the game is back to ground zero. Another bad teamfight and you lose.

What this means? People will pick heroes who scale well into late game and avoid agression until they can deal a hard, single finishing blow.

However, losing a teamfight is so punishing now I expect the ugly head of split-pushing to pop again.

Being a Magus or a psycho with a fondness for axe doesn't mean you don't need to pay the bills. Having a side job help that extra dosh for your cosmetic item collection.

Destiny can't be THAT bad, but it's a hyped game which didn't delivery and this is enough to turn him into the joke of the week.

But don't worry Destiny, for best or for worst, people will move on.

I heard there is a new fighter on Skullgirls, but who cares. The game has no Minette so it sucks. Don't buy it!