I'm dead afraid of LASIK surgery and since I always wore glasses and I'm not much vain I always avoided it.

My brother did it and it went fine, but his description of the surgery just made me even more scared.

It glasses for me I guess.

Time to pick one team to support and win the animosity of the fanbase of the rest. :P 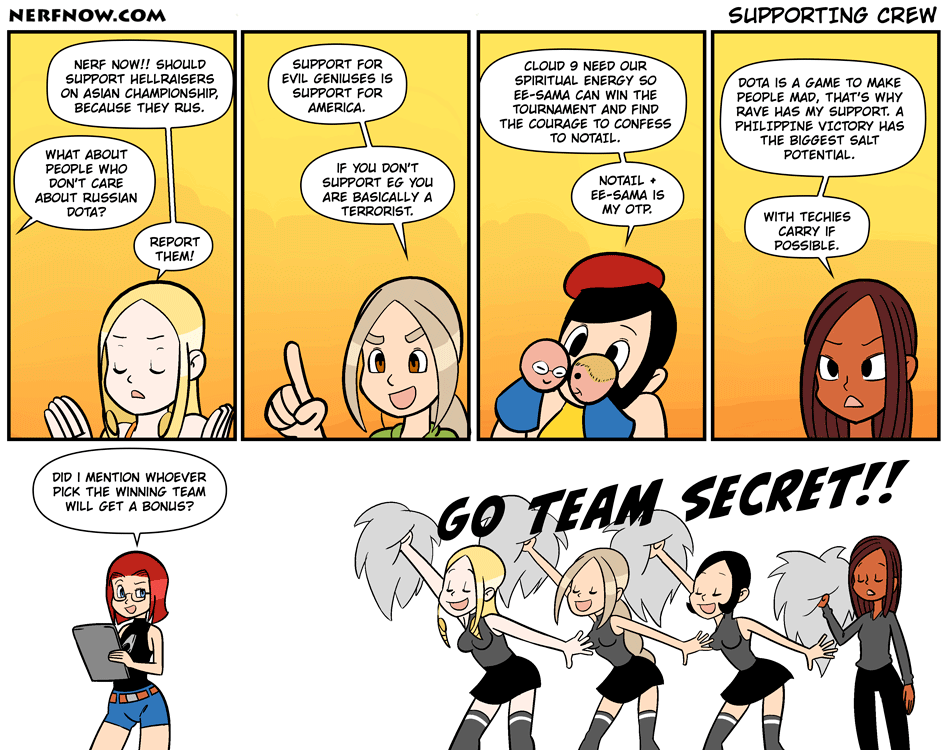 Can't rant, need to eat and catch up the Asian Championship!

By one side, sometimes I see this AWESOME game like Darkest Dungeon and I want to jump right in.

On the other side, I always fear the game ending in development hell and never be finished.

My rule is, if the game isn't finished (i.e. all levels and ending) I'll wait, otherwise, I'll be cautious and wait for a bit.

And sometimes, for a while.

Looking at you Starbound.

The sad thing is Robot Minette is actually playable in some Megaman game. 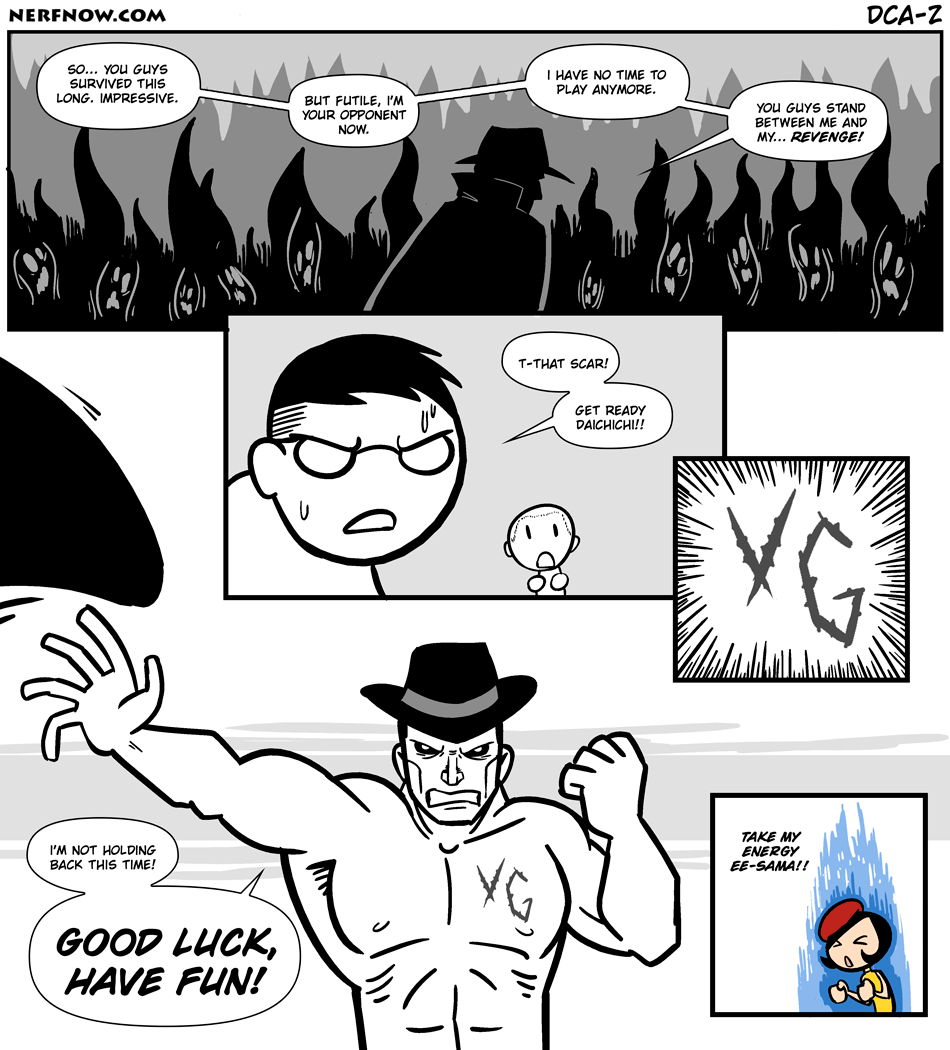 EXTRA UPDATE BECAUSE OF HYPE!

p.s. Since this one is very obscure let me put some background.

Team Secret was leading invictus the Dota Asian Championship (DAC) until losing an epic game to Vici Gaming and falling to the losers bracket.

To win the title now they need to defeat Cloud 9 so they can meet Vici Gaming again in the finals.

Who'll win? Find in the next chapter of DAC-Z! 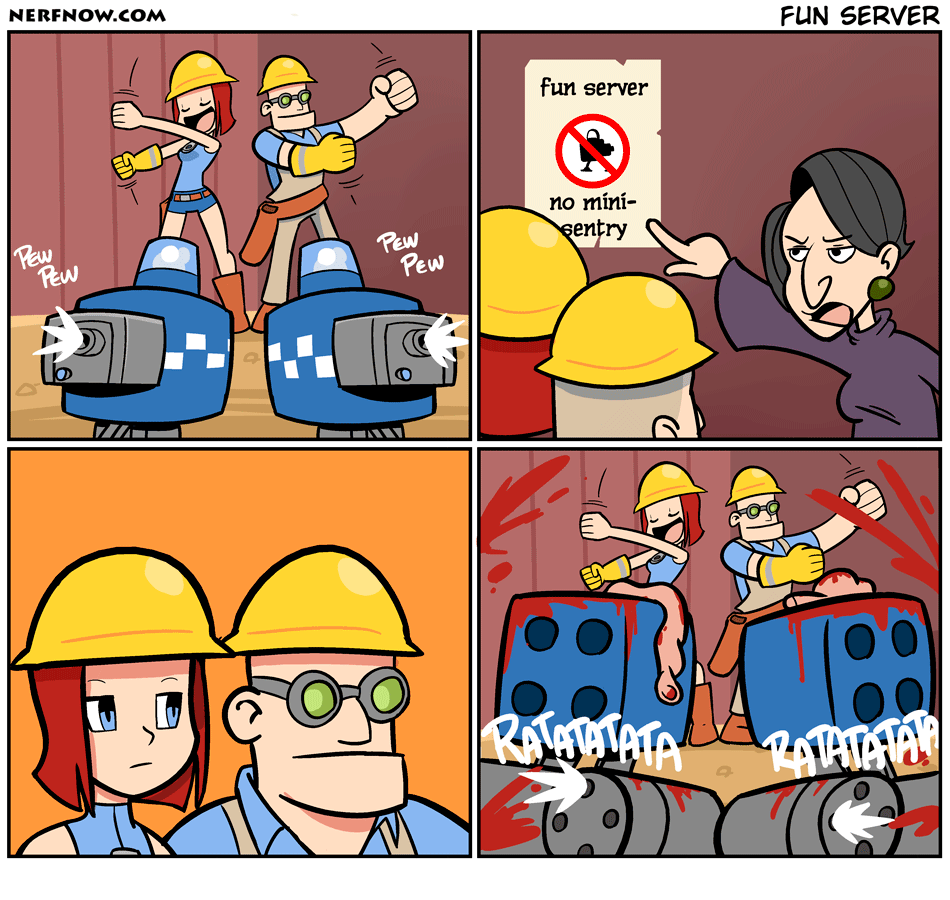 Check my interview at Tech Raptor.

For those confused about who this girl is, perhaps this link will throw some light on it.

I finished Deus Ex and my final opinion about the experience is «meh». I blame myself mostly because I was expecting a more traditional RPG and got a stealth game. Surely, you can (try to) go Rambo but it just doesn't feels right. It's hard to explain but invading a military base guns blazing «feels» wrong, but if you choose to do that all you need to do is to kill more or less 20 guards and perhaps a couple of robots and than you are free to roam undisturbed, and I'm talking basically about a whole chapter worth of baddies.

Also, the game is really about the 4 main entrepeneurs, Zhao, Taggard, Sarif, Darrow and their respective goals.

Jensen himself spend half of the game following Sarif orders, the other half chasing his ex-waifu. Only in the very end he is given the some final choice which is basically to pick which side (Sarif, Taggard, Darrow) he wants to stick with.

A special note about his ex-something and main plot device, Megan Reed. The game kinda hints some kind of deeper relationship between both but never goes beyond that. She is obviously the main focus of Jensen but as player, I cared more about a PRAXIS kit. It's hard to relate to someone you meet at the start of chapter 1, exchange a few lines and disappear. Dead Space had this same problem with Isaac wife where the characters cares, but the player doesn't.

It's even worse to feel there is something dark going on with her. She is hardly a helpless damsel in distress working against her will, and she is surely not pure and innocent and yet, you (as Jensen) have this burning drive to rescue her because reasons.

Still, the visuals are nice and the plot is not bad. It's just after a while I got tired of sneaking on air vents, hacking turrets and taking down guards while invisible. Shit gets repetitive.

I put a new poll for which game I should play next. The Project Backlog continues!

Someone not being credit to team… 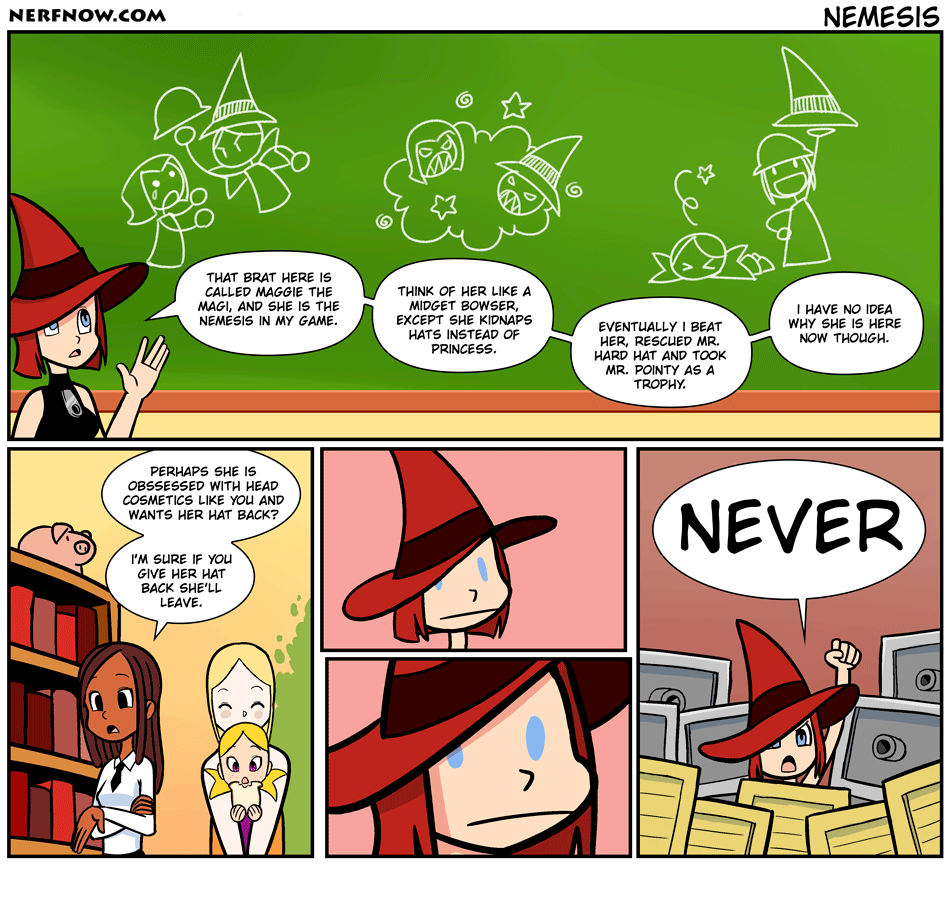 Every story needs a villain… sorta of.