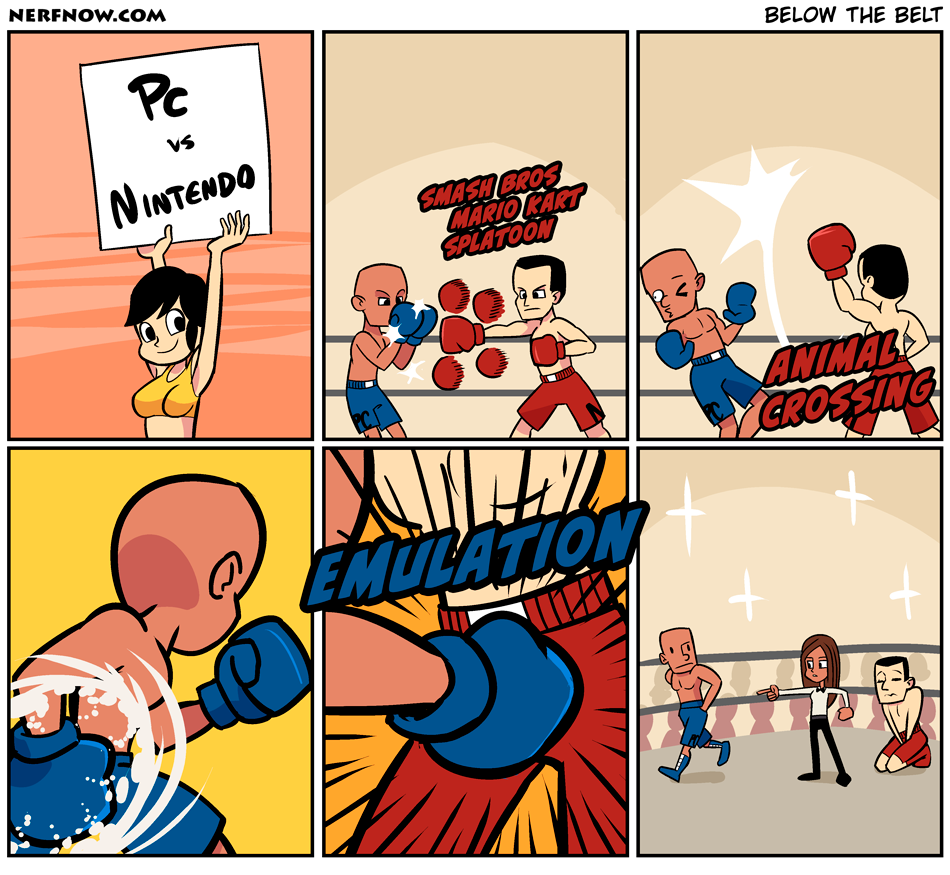 My timeline was only people talking and showing their Animal Crossing villages which make me think of Animal Crossing has a game «normies» would love. Kind like The Sims, but with less peeing and kitchen fires.

There are dozens of Switch games I'd love to play but I got my fix of Animal Crossing just by the videos. The idea of actually playing doesn't thrill me and I am perhaps a minority on that. I don't think it's a bad game but the chill, slow paced nature of the game would make me crazy fast.

I respect the effort Valve is putting on Artifact and I hope the new game is good and I'll maybe even give it a try.

But saying I'm on the edge of my seat waiting for it would be a lie. My hype for the game, and card games in general, is past its prime.

Still, I'm surprised Valve didn't sent invites for people who previously bought the game a beta invite first, it would go a long way to recover some of the goodwill lost after the whole dancing monkeys thing.

I just want to point the official Ani-Mage is good looking, which been a rarity of late. I guess companies are starting to wisen up and decided to not go broke anymore. This said I kind feel she looks like a League of Legends character visually.

And since been a while let me plug my Discord where we discuss silly stuff and my Patreon where I may do some cheesecake of Ani-Mage eventually if there is a demand for it.

Before the first stone is thrown in my direction, let me open saying I think this year's arcana and persona prices are too high. I also think the previous year's price was too high too. When the price of a skin beats the price of a new AAA game I think you crossed the reasonable territory.

Unless you are a small kid or someone with a gambling addiction, you should know better at this point. Concepts like skinner boxes, microtransactions, and whales are well documented and eventually, you expect adults to know better and spend their money wisely.

The basic Battlepass price is ok. Not OMGBESTVALUE, but ok. You buy it and if you play a lot you can get most of the rewards like the icons, the map, and the chat wheels sounds. Things start to go full retard when you decide to get the arcanas and personas. If I was a rich Saudi Arabia prince I would go for it, but for people with limited disposable cash, I just don't think it's worth it.

I want to say Valve would earn more money by making the skins cheaper but I believe they ran the numbers and realized they make more profit by making it expensive because people will throw away their money if you give them the chance.

Should I blame a company to try to make legal money on a capitalist system or should I blame adults with poor impulse control who enable its behavior?

Speak with your wallet.

The news on the world are scary so there isn't much I want to talk about.

I found this game which may be interesting though. 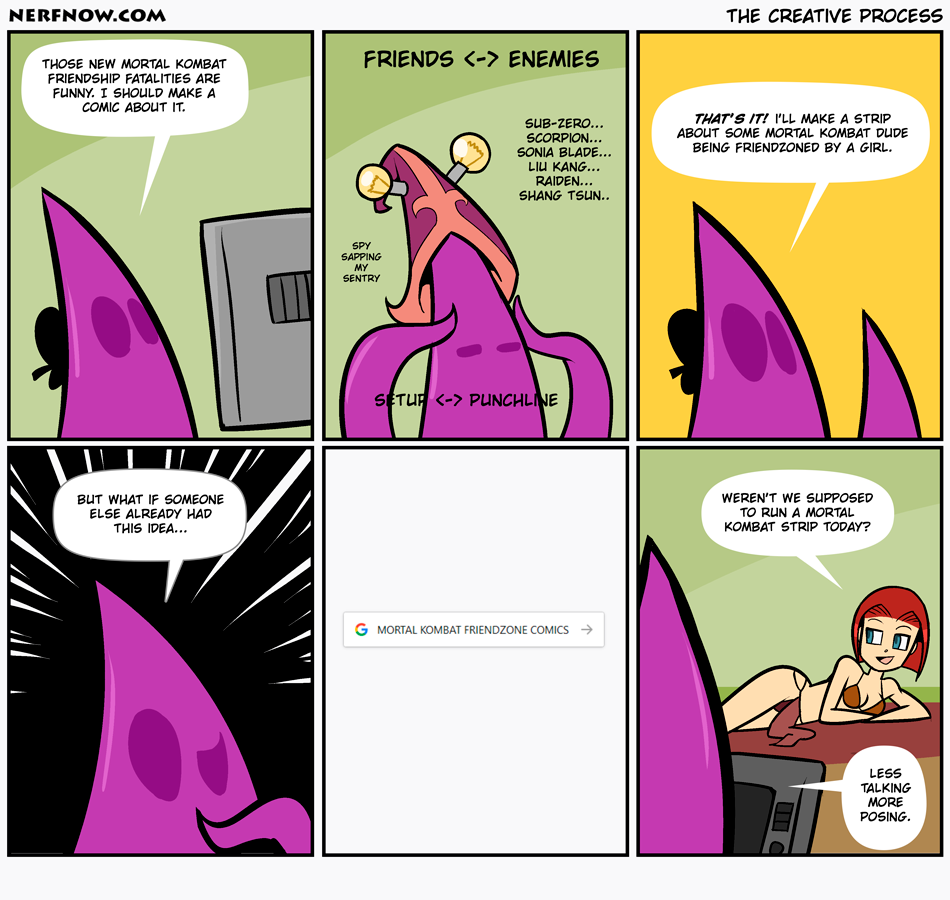 One of my teachers told me once to always discard the first creative draft of your work because chances are it's bad.

Now, this is not always true but there is some wisdom on that and if you have time it pays to make several version of something and pick the best one.

Maybe I should do Slave Angie on my Patreon? 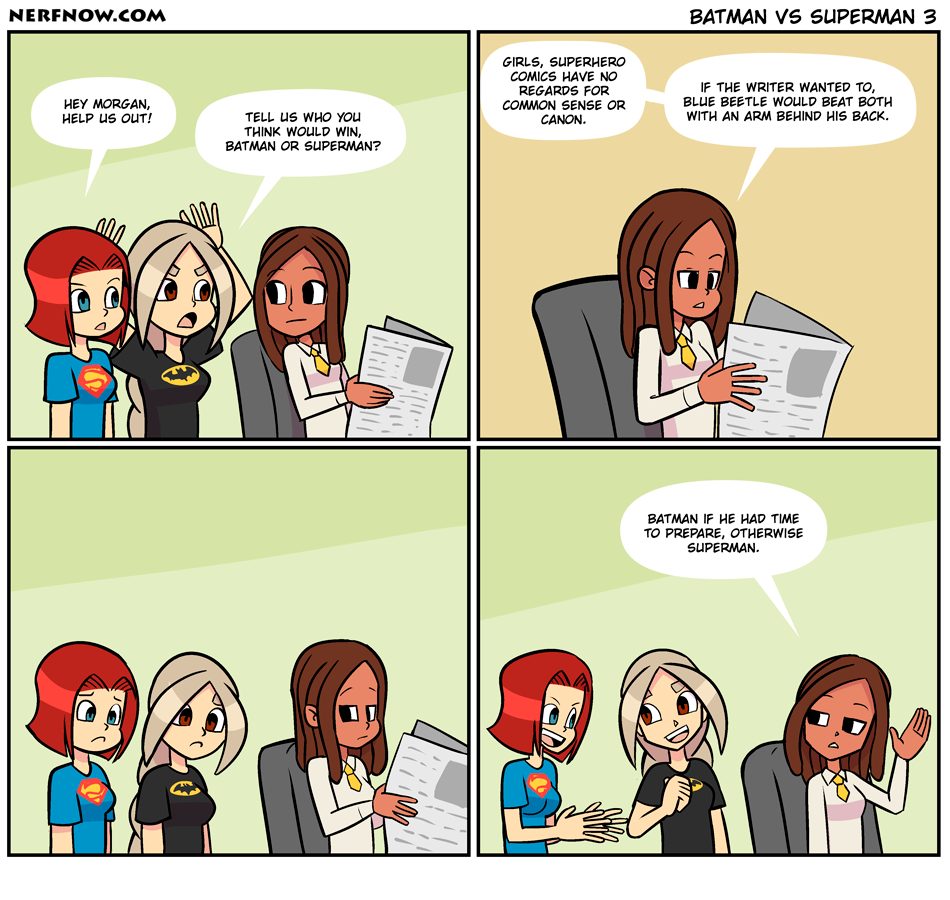 I'm not bashing a bit of plot armor where the villain misses a swing at a crucial time or the hero overcome the odds because of friendship tears.

I'm talking about a superhero with allegedly who can catch bullets and fly can't react fast enough to human actions. Or a hero who one day is throwing train carts on the other is struggling to lift a small car.

Like I said before, just the fact Batman vs Justice League is even an argument shows how ludicrous the writing is, prep time or not.

By the way, given how many times Batman planted some countermeasure on Justice League Space Base I'd had scanned the place a couple of times by now unless they believe is for the best.

To my surprise all my favorite streamers had weird music playing and I soon learned Twitch seen to be enforcing copyright law on their streams and to avoid DMCA strikes and bans, the partners decided to play copyright-free music, or no music at all.

Let just say while music-less streams are less than ideal, I prefer it to hours of copyright free lo-fi so if you want my feedback, play no music instead of playing bad ones.

Let me open saying Command and Conquer Remastered is not without issues. It seen some AI and campaign bugs exist and multiplayer is pretty much unplayable so if you hope to buy it to play with a friend, don't do it, period.

This said, the rest looks and sounds good. It looks good enough to make you want to play the game again just by the sheer force of nostalgia. If anything it shows what a remaster should be visually, instead of the train wreck which was Warcraft III Reforged.

Let this be clear, when I see Reforged, I don't see the game I played when I was younger. I recognize the units and maps and I can say «yes, this is based on Warcraft III» but it feels alien and doesn't make me want to play it. I seriously doubt anyone involved on it played the original and used it only has a frame of reference.