The Special One (Climbing Route) 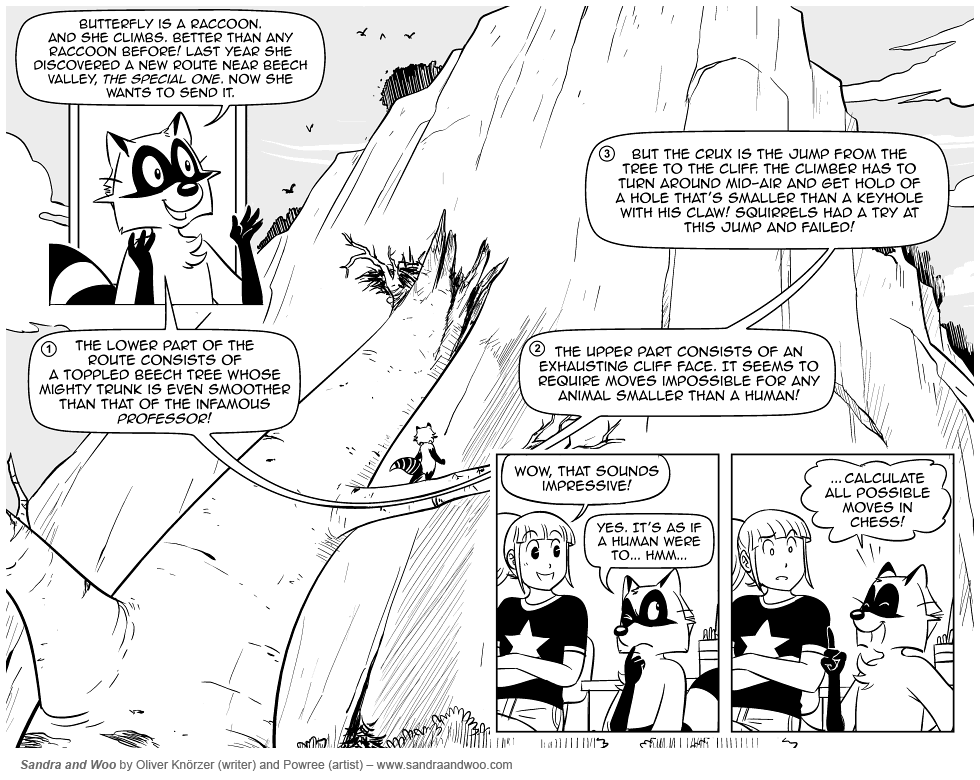 There is an alternative version (regarding Woo's last word bubble) for mathematician and other scientists! 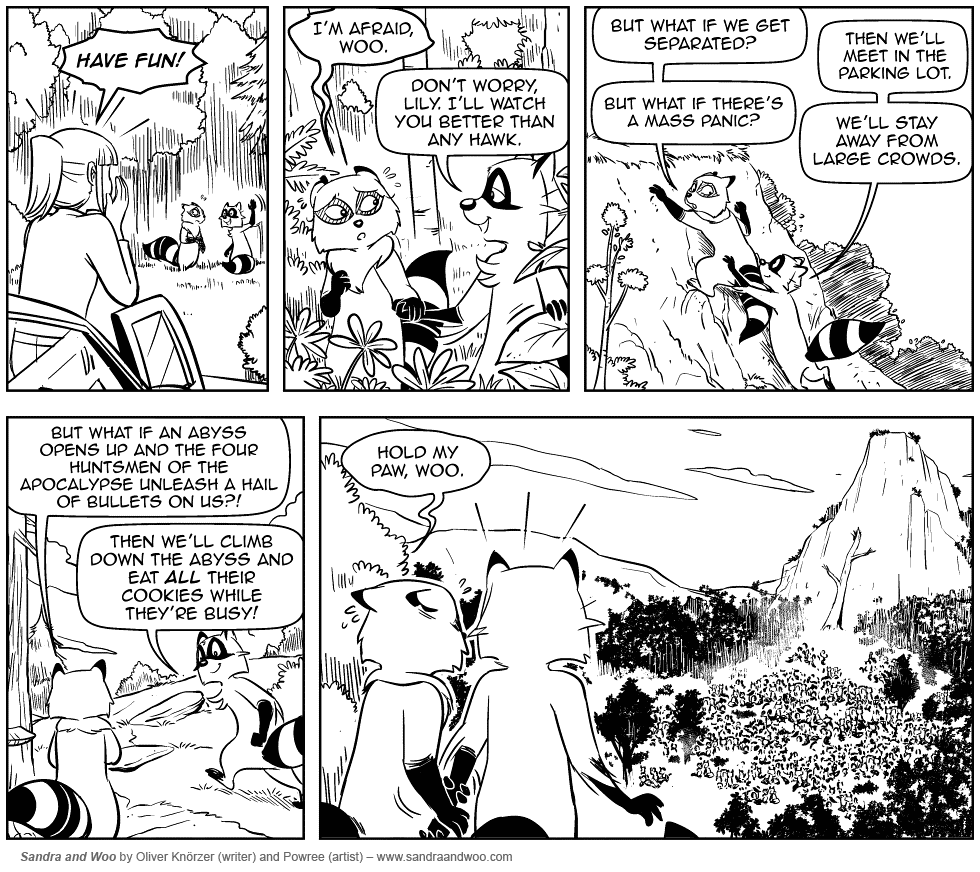 Pollux and Castor are named after the stars in the constellation of Gemini, the Twins. This seems to be very fitting since Pollux and Castor are identical twins themselves. Moreover, these two stars are close neighbors of the star Procyon, the alleged namesake of the raccoon's scientific name Procyon lotor. 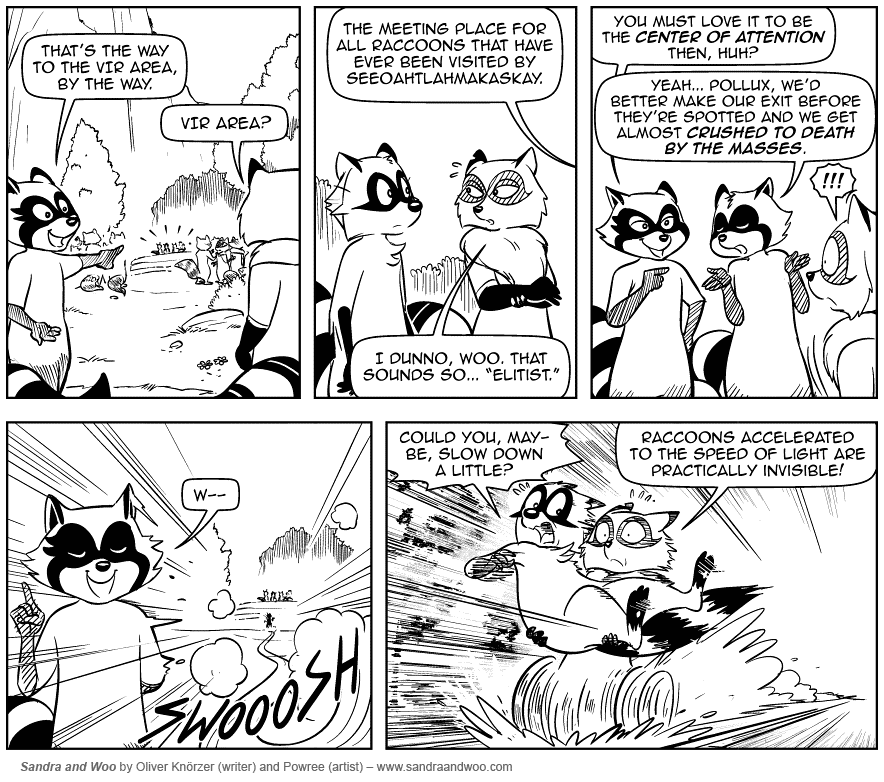 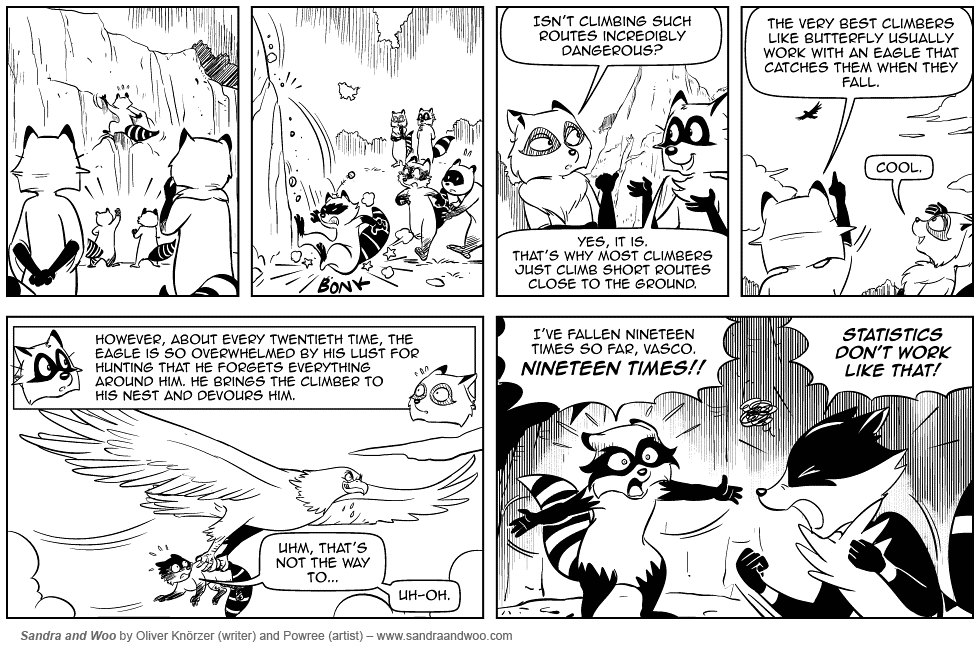 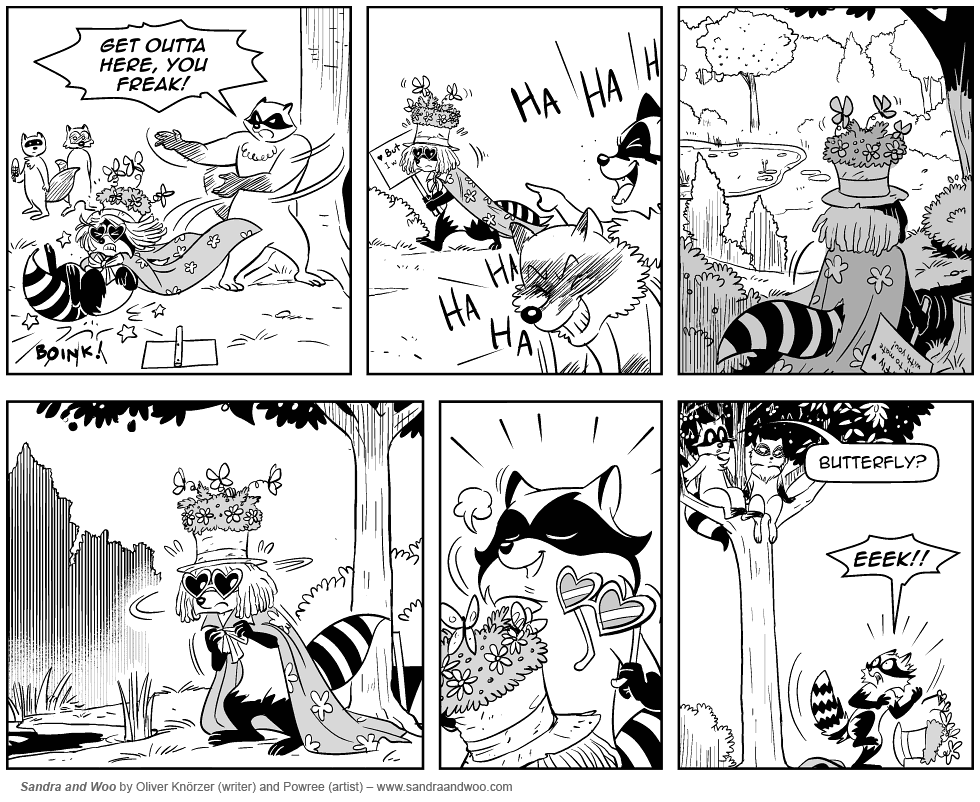