I openly admit I regret not jumping the Fortnite battle bus when I had a chance. If they can stream a black screen for 24 hours and still be the top game of Twitch it shows that's what gamers want I guess.

Now excuse me while I go paint my hair and train my 14-year kid surprised face.

Jokes aside, I have been streaming… not Fortnite thou, just drawing and chatting about game stuff thou after the black hole incident I honestly got tempted in turning into a black hole streamer. Please follow and subscribe.

I sit down and watched a streamer wearing a shark suit play Fortnite for some minutes to see what chapter 2 was all about.

Since I don't play Fortnite much I don't really know what is new or not but the mushrooms catch my interest and I decided to make a comic about it.

I guess if you are a Fortnite fan the new chapter is cool but between the skill barrier of learning how to build a fort in 5 seconds and the super silly skins I'll just focus on my backlog.

All messages app are terrible so please, just pick one and stick with it.

This said Discord is my favorite so far so I won't mind if it becomes the one everybody uses.

Worst of the ones I still use is probably Skype, thou I believe Facebook is probably also bad but at least almost nobody I know still uses it.

Riot comes out of the door guns blazing, and the bullets are new games.

I guess they are trying to shoot at multiple targets and see what stick.

I think they animated series has potential, and so does perhaps the card game but the fighting game and the shooter one seen like lesser copies of both Street Fighter and Overwatch.

Still, Teamfight Tactics showed me a brand is a powerful tool and I can see people at least giving those games a try.

Hell, I may even finally be interested in the League-verse now I don't need to play a MOBA to enjoy it.

Bowser is making a reference to this comic. Honestly, I didn't expect the original strip to be one of the first hundred. I am kind fond of that one.

If you think the art is a bit different, it's not just because of how old the linked strip is but because my tablet is acting up and I may need to replace it sooner than I wanted.

While this isn't the end of the world, this is the kind of unexpected expense that hurts your pocket so I guess now is a good time to remind people I do have a Patreon where I post some slightly spicier stuff.

Few games have the honor of having a classic comic like Doom which truly encompasses the spirit of the game.

And about Agony and Succubus, the fact I didn't even bother linking the game may speak about how much I liked the games.

Agony is a walking simulator on a stone-age slaughterhouse, Succubus looks like Doom, but with worse graphics and slower gameplay.

I get it, some edgelords out there will have a kick of stomping babies and I believe everybody should have their games, even edgelords but the gameplay seemed slow, the graphics uninspired and the damn succubus was as sexy as a generic female 3d model with horns.

Still, if you REALLY like «realistic» graphics, brownish-red landscapes and gore, that's the game for you. 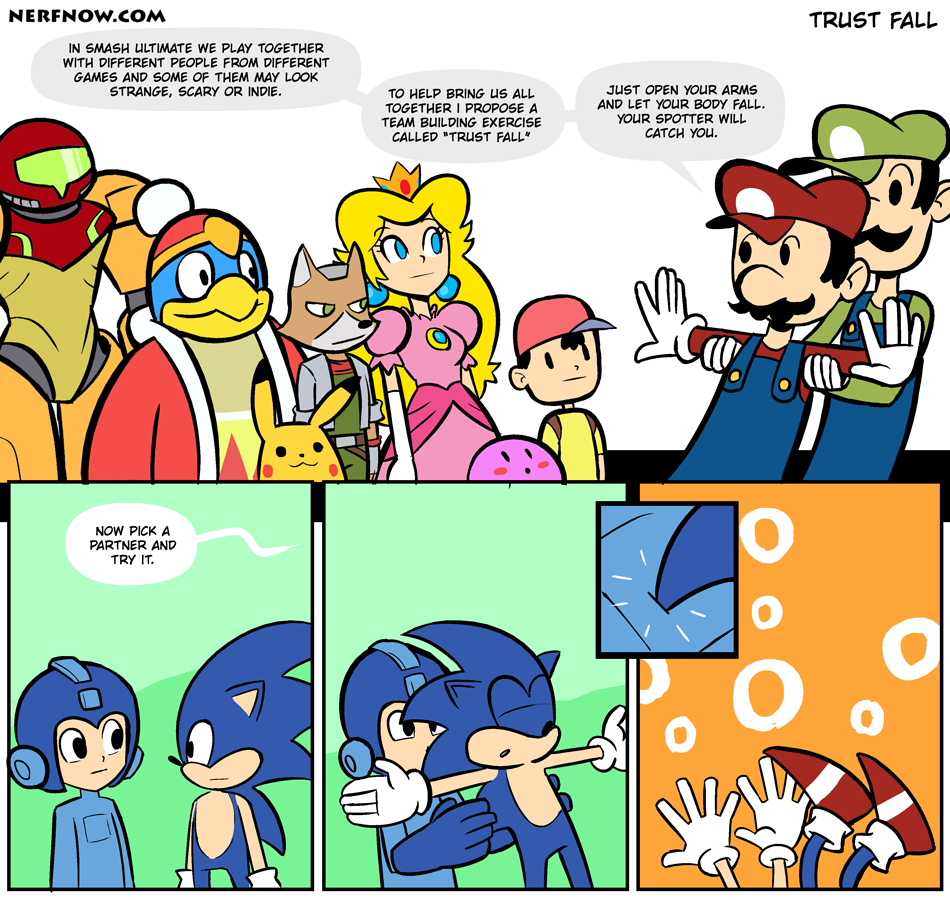 I'd like to take this time to promote my twitch channel. I stream me drawing the comic but I also do requests and talk about random game stuff.

I'm still getting the hang of the whole stream thing so excuse me if I forget to ask you guys to follow and subscribe like all pro streamers do. :)

Original character, do not steal, dad is a lawyer.

I like Barry Allen, but the speed force is perhaps the most stupid power in comic books. Flash do stuff like «search the whole city for someone in seconds» which make my eyes roll so fast they may drill itself inside my skull.

I saw 2 kinds of reaction videos for the latest and last Star Wars movie trailer, one was jaded ex-fans who picked apart at everything and bright-eye super fans who had orgasms at the glance of… anything.

I wish I had this kind of enthusiasm to… anything. Especially about a movie trailer of what is now a troubled franchise. Not saying the trailer was bad, it did show there will be action and the bad guys are going into the offensive but I have zero emotional attachment to the universe at this point. You knew Frodo was fighting to save the Shire, and the Shire was a cool place. What the Resistance is defending right now? Casino Planet? And who is doing that? Bland girl Rey whipped boy Poe and comedic relief Finn. Yup, I'm totally stoked for that.

This said I think it's cool to be excited about the movie. I still watch most Ninja Turtle cartoons independently of their quality. It's okay to be excited, but I don't fool myself into thinking what I am excited for has quality. 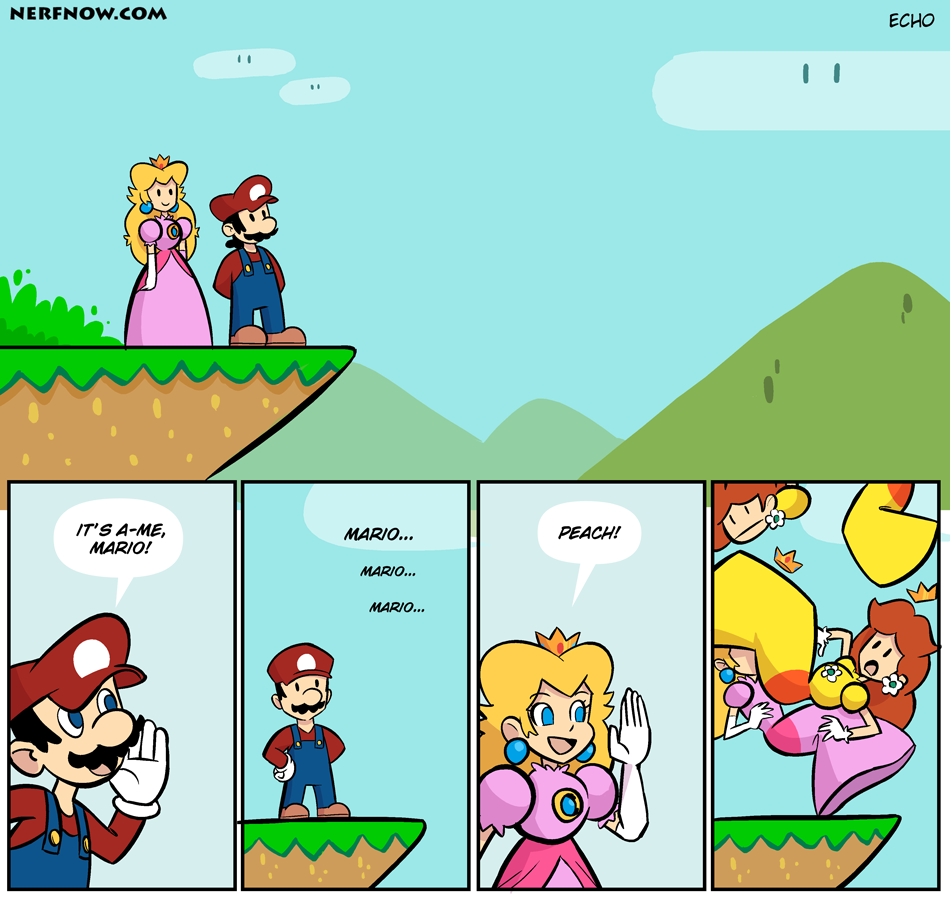 I'm trying to do more than 3 or 4 panel comics because sometimes you really need that extra panel for the joke to work but the downside it's more stuff for me to draw.

Oddly enough I found streaming the comic make me more focused because I don't check social media so much. The reason I'm putting better art and more panels is partly because of that.

And since I'm linking stuff, I also have a Twitter, a Patreon and a Discord channel.

p.s. For those who don't get the comic, Daisy in Smash Bros Ultimate is an clone (called «echo» in the game) of Peach, like classic Ryu and Ken.