Yet Another Fantasy Gamer Comic 3268 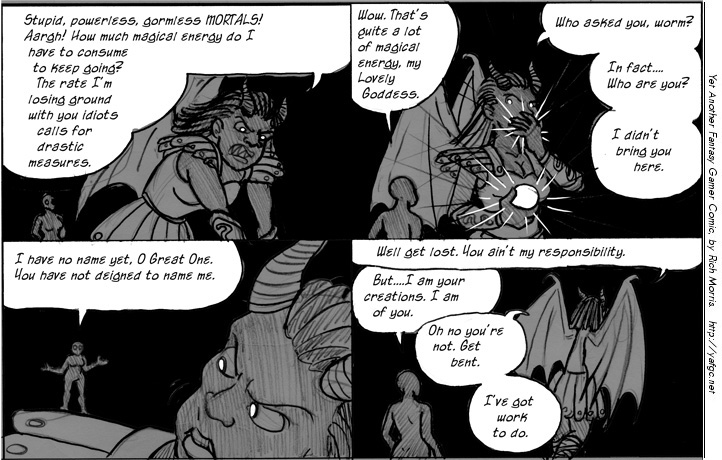 Some of you may remember, way back in the beginning of YAFGC, that I did not run this all by myself. My dear wife Hilary aka: Dungeon Master, was the editor and webmistress. Then she kinda disappeared after a while. Well, just to keep you all updated as to where she's been and what she's been up to, here's my chance to boast about her:

She spent the first few years of that time getting her Master's degree and then the past 4 years getting her PhD! So she's Doctor Dungeon Master now! And also during that time she found her own literary voice and wrote a whole bunch of novels which got published! And in the brief moments of downtime she carves out for herself between all this accomplishment, she also works as an editor and teaches several classes at the university!

But while we miss her dearly around here, she's still hugely busy. She's working on her post-doc and her four or five other jobs while also doing seminars and talks at special events.

So as much as you guys are all very supportive of me and what I accomplish here, she's the one who's really doing great things. I'm proud of her and what she's done and the things that she will do in the future.
-Rich