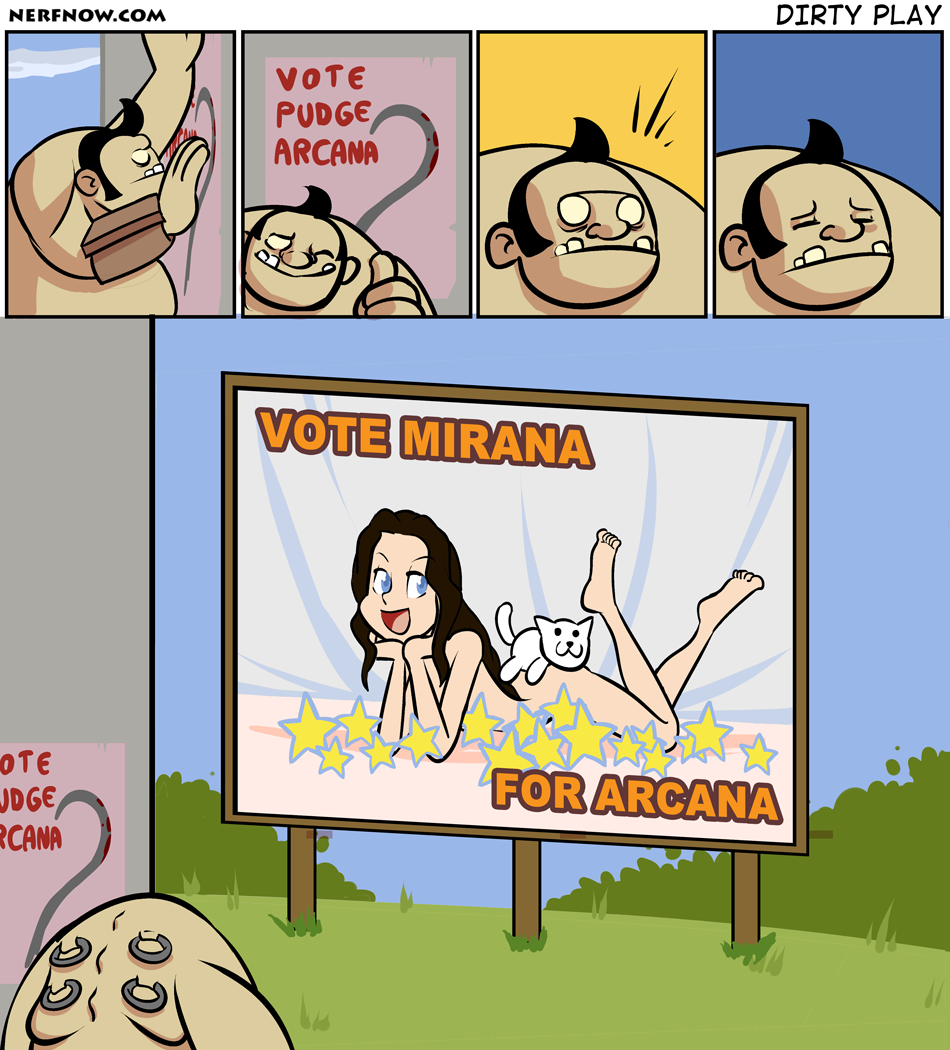 It was fun while it lasted…

What makes people pick someone for the Arcana after all? It's a hero who people play a lot? A model which looks good? The possibility of cool effects?

I believe fan-favoritism is important, but I think being favorite also means lots of people will vote AGAINST you. Pudge suffered from it and I think Mirana hit way too many arrows to survive the next round.