So much stuff to do on the new year I barely have time to write a rant.

I'd like to visit Japan someday, I think it's the closest you can get to meet an alien civilization witthou leaving the planet.

The problem is while I want to go there, travelling sucks. The time, the money, the hassles… who said it's the journey not the destiny never used an airport.

So while I don't go visit Japan personally, I get my kicks reading MaryCagle.com which show some of the interesting things of living there and it's cute to boot.

Next one may be about Deus Ex, let's see how it's goes.

The Deus Ex strip had Angie with her classic outfit, but I never officially put her on it and it was a good chance to make a joke about it so here it is.

Deus Ex strip already draw and will be uploaded next, don't worry. So far I been enjoying the game, hacking computers and punching people in the face.

For those who played the first game, tell me what you though of it and if interested, answer this little poll about what I should do next.

Mind you, I may end up doing something totally different (or nothing at all) since there is a huge distance between wanting to make a certain type of game and being able to do it in a timely fashion with a good enough result. Still, it's good to see what people want. 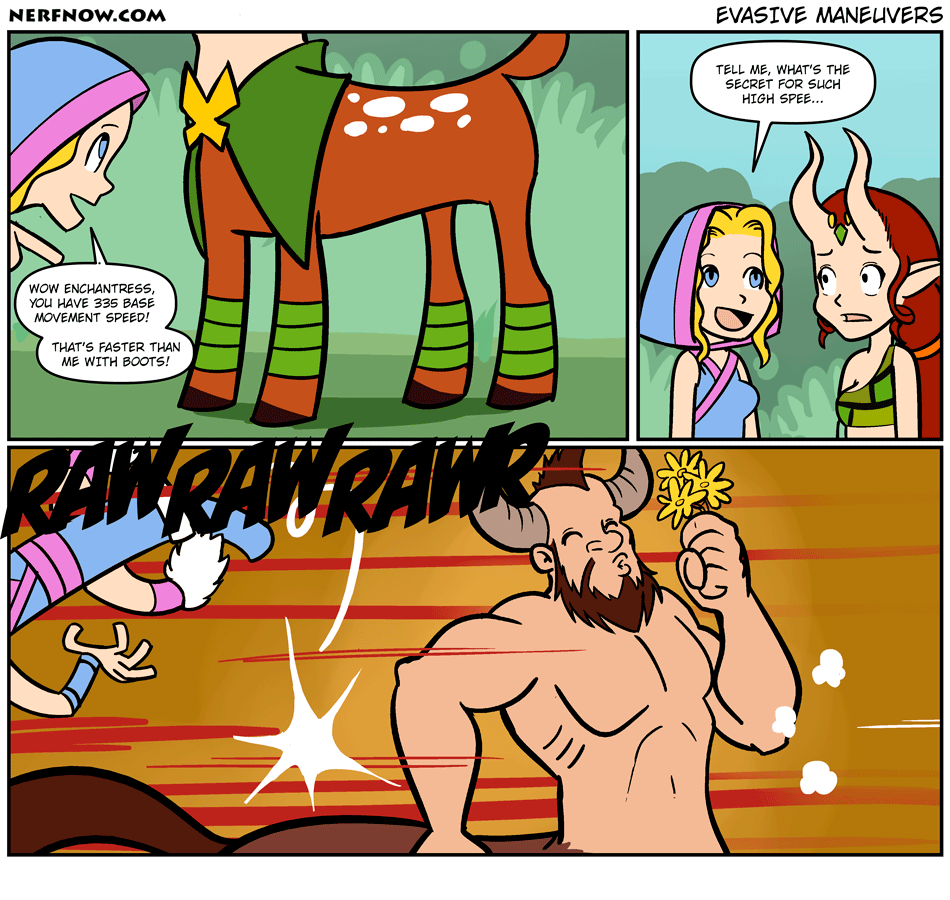 The problem isn't the sneaking around. I played Rogue in WoW and Spy in TF2 and had fun with it, the problem is single player stealth game many times makes no sense.

I killed 1 guy, run away for some minutes and suddenly everybody is back to their position. No building wide lockdown with a torrent of soldiers from all floors coming to my position.

Gunshots are heard only from some meters away, and not by the whole building and lets not talk about all the convenient air vents.

For me, it's totally unnatural. I know it's made that way so the game is playable, having the whole building plus SWAT coming to you because you shoot a bullet would be not fun, may as well throw a GAME OVER screen as soon as you are detected (some games even do it).

To play a stealth game first I need to learn the game rules, than I need to break the rules. Guards with short attention spam? Kill one by one. Sound only travel 10 yard? Feel free to throw grenades.

The dicotomy between realism with guards being alerted by corpses but not by a rocket explosion nearby just isn't for me. I need to divine what the developers want me to do, then do it.

I'll stick to run and gun.

Trying to improve the art makes Jo too tired to rant here… sorry.

Almost finished with Deus Ex but the game feel a bit repetitive near the end. Go to air vent, hack security, sneak past guards, rinse and repeat.

At least I'm enjoying the story.

Sorry for the late update, this comic was complicated to make and I ran out of gas in the middle and decide to update late instead of rushing it.

Start to make plans for the 2nd game but honestly, it's so complicated and time consuming I ponder if I should not try another (simpler) project.

I feel I'm close to the end of Deus Ex now so I may try to go for it. I hate letting games unfinished.

Critics aside, I need to admit WoW is a game which gets better with each version. I'll not say it's the right game for everybody but if you enjoy the game, the update is usually worth it.

Part of me wish I had played all the expansions fully so I could taste the full scope of the changes but I'd probably would not played Team Fortress and started Nerf NOW!! if I did it so I guess it was for the best.

I'll stream some in the weekend so stay tuned if you want to catch some doodle action.